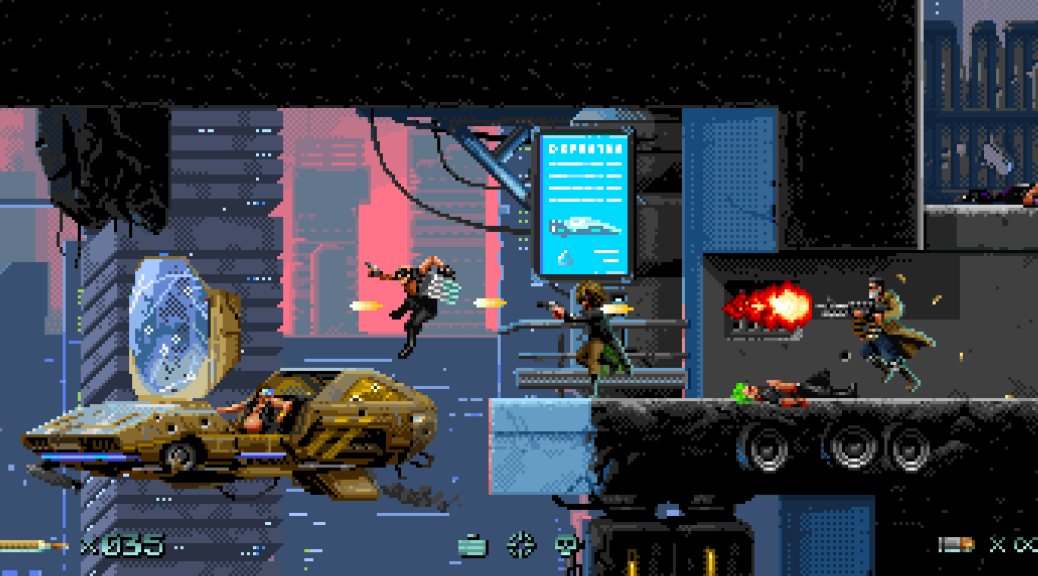 It’s 2019! Another year has come and gone, and as usual I enjoyed a whole bunch of new (and old games)…. and also as usual, there were a bunch of games that I’d looked forward to, but then for one reason or another ended up never playing (or, you know, didn’t play yet). GOD OF WAR, MONSTER HUNTER WORLD, 428: SHIBUYA SCRAMBLE, SOULCALIBUR VI, MONSTER BOY, SUPER SMASH BROS ULTIMATE – eh, hopefully I’ll find a little more time for y’all over the coming 12 months.

So, it seems almost a given that at least half of the games I’m looking forward to in 2019 will end up sitting in my shelf, unplayed, till at least 2020, but hey – as bad as I am about buying games and then not play them, I’m sure as hell not gonna feel any backlog shame months in advance… so for now I’ll peacefully enjoy just being able to look forward to stuff, guilt-free! 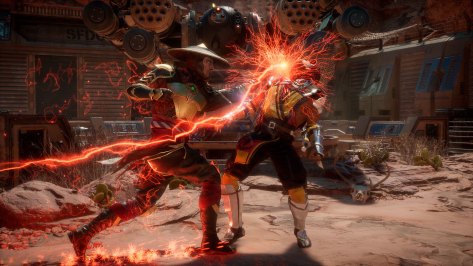 I mean, it’s MORTAL KOMBAT ELEVEN. MORTAL KOMBAT has always been a big part of my life in one way or another, and my love and appreciation for its universe has been reinvigorated like never before now that, er… the games are actually good. MORTAL KOMBAT 9 was a watershed moment for the series, and things have only looked up since. Netherrealm Studios has a very solid track record not just of quality games, but upping the ante by improving and topping themselves in all kinds of ways with each new release. MKX is my favourite MK game, and I’m more excited than words can really describe to see how things will move forward with MK11. 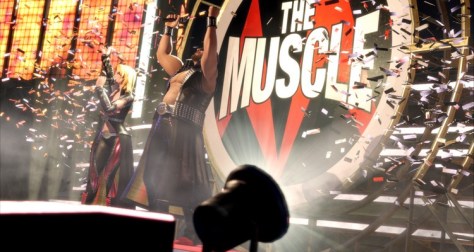 I kinda missed out on DOA5 – until a costume design of mine managed to sneak into the game as one of the last DLC releases – so as sort of a lapsed fan, I’m curious to jump into DOA6 from the get-go and see if I can get into it, even on a casual level. A recent trailer showed off what looked like a healthy amount of single-player content; I’ve had a lot of fun mashing around, unlocking costumes, clearing challenges etc in older DOA games – and if DOA6 can recapture that, I might quite enjoy it. 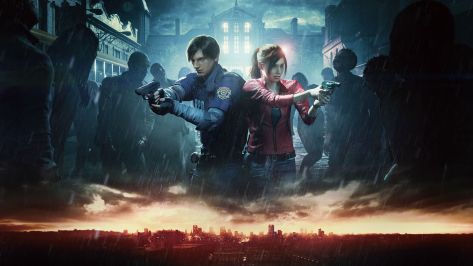 The 2002 RESIDENT EVIL remake is hands down my favourite instalment in the RE series, and although it’s pretty clear at this point that the RE2 remake won’t have all that much in common with its predecessor, I still greatly look forward to revisiting Raccoon City in 2019. I’ve always considered myself kind of a casual RE fan – but I have played, enjoyed and cleared most of the (mainline) games in the series, and appreciated the various flavours that the series has had over the years, each in their own way. I’ve deliberately steered clear of information about the game, so I’m actually a bit ignorant on what to expect of the game – but that wilful ignorance obviously comes from a place of trust – I was all in on RE2 the moment it was announced. 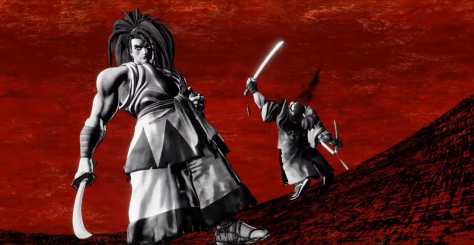 I’ve been a huge fan of SNK for about as long as I can remember, and the original SAMURAI SHODOWN played a large part in that. STREET FIGHTER II had exploded onto the scene and made me really excited for the idea of fighting games, and games like MORTAL KOMBAT and FATAL FURY really established them as my favourite genre of video game. Then there was SAMURAI SHODOWN. As good (and good-looking) other games had been, SS truly raised the bar for presentation and atmosphere in fighting game, and cemented SNK as top-tier artists and creators. I’ll admit that despite always loving the series for its amazing character designs, unparalleled atmosphere and just overall cohesively gorgeous presentation, I’ve never had lots of experience playing them. SAMURAI SHODOWN returning to the limelight in a post-SF4 world isn’t just an opportunity to enrich the fighting game world with its unique style and flavour – which has been sorely missed! – but also presents a great opportunity for lapsed or distant fans like myself to get into the series (with at least some chance of finding other humans to play with), and you bet your ass I’m excited for that opportunity. 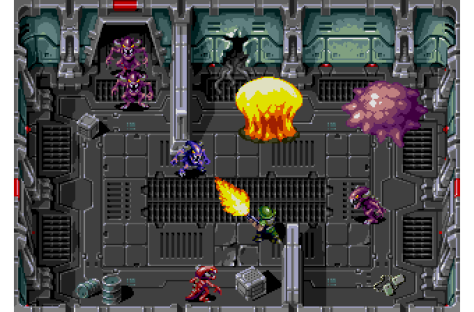 XENO CRISIS isn’t just a charmingly retro-looking throwback – it is one of oddly many examples of a current trend I highly approve of: brand new games developed for the SEGA Mega Drive! The MD is and has always been one of my favourite consoles, so of course homebrew projects for a system I love is going to catch my eye – but XENO CRISIS is far more than a novelty; it’s a truly great-looking entry in a fun genre, something that’s fairly underrepresented on the MD but still feels like it would’ve been a perfect fit back in the mid-90’s. The in-game graphics by legendary pixel art Lord Henk Nieborg (LIONHEART, THE MISADVENTURES OF FLINK, CONTRA 4) look absolutely gorgeous, and the snippets of music and gameplay video released so far seem to indicate that the rest of the game maintains that same formidable level of polish. And in case you didn’t back their Kickstarter with enough money to get your own MD cartridge like I did – the game is also coming to PS4. Xbox One, Switch, Steam, Dreamcast(!) and Neo-Geo(!!!). 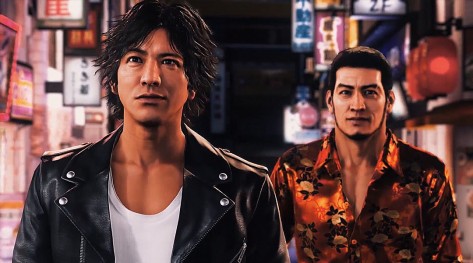 Although it took until YAKUZA ZERO’s 2017 western release for me to finally take the plunge and really get into that series (after first learning about it upon RYU GA GOTOKU 2’s release in 2006, a brief, failed attempt to get into RYU GA GOTOKU KENZAN! in 2010, and an overall very positive experience with BINARY DOMAIN in 2013), I instantly fell in love and haven’t looked back since. I’m on board for anything that Ryu Ga Gotoku Studio wants to make, and although the promise of a “new IP” might’ve had me expect or wish for a larger departure from the YAKUZA formula (or its universe), between my love for the YAKUZA series and my love for detective stories, I am childishly excited for JUDGMENT. I’ll admit I’m a little miffed that we have to wait 6-8 months for the English version, but then it’s not like there’s a real shortage of games to play in the meantime… 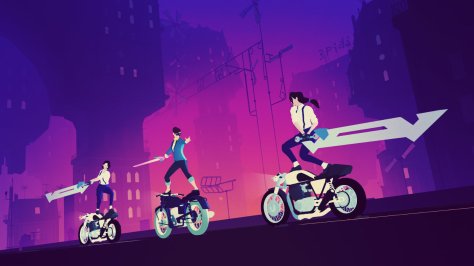 This looks slick as hell, I want this in my veins already. I guess it’s some kind of…. music-based… runner? SPACE HARRIER-like? Spritual successor to EL-SHADDAI? I really have no idea what this is, what it’s about or how it plays, but it:

… and uh, yeah, turns out you don’t need much more than that to get me excited. 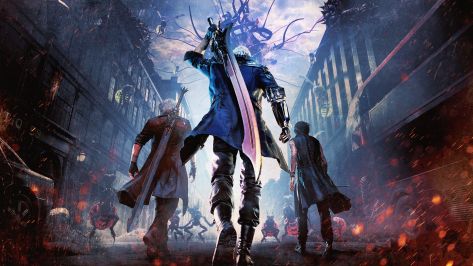 Although the DEVIL MAY CRY series has always in theory been something I should have been into, I never really got into it. I never had access to a PS2 during the first game’s heyday, everyone said the second one was shit so I never felt the need to bother, but by the time DMC3 hit I was able to give it a shot – and I hated it. Not the idea of it, but there was a lot of bullshit around the edges that got in the way of what good the game had to offer, so I just fell off very quickly. Even the people who were able to stick it out and really got into the game seem to all be in agreement that if you’re going to play DMC3, you should absolutely play the (re-balanced, improved and generally “fixed”) Special Edition, so in hindsight I don’t feel too bad about it. Fast forward about 10 years and there I am, falling in love with BAYONETTA. Having become a diehard fan of that series I’ve always wanted to come back to DEVIL MAY CRY, suspecting that there is something for me to love there as well, even if I couldn’t quite see it in the past. Yet, the closest I’ve managed to get into the series was a casual playthrough of much-maligned reboot DMC: DEVIL MAY CRY (which I thought played pretty well, and was a huge step up from Ninja Theory’s previous games, by the way). So here we are in 2019. I’ve bought a good number of DMC games at this point, but still not managed to actually get around to playing any of them. So screw it – One way or another, DEVIL MAY CRY 5 will make that trend turn around. 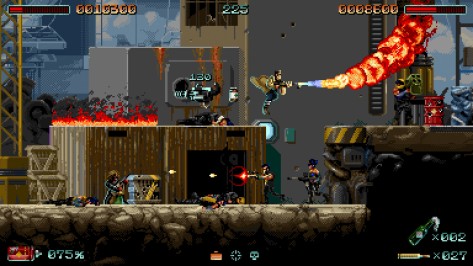 Not a ton has been said, shown or written about HUNTDOWN, but this little indie run & gun announced all the way back in 2017 (and hopefully coming out in 2019, finally!) looks to be right up my alley. The cyberpunk setting is perhaps not the most original or visually distinct, but the craftsmanship on display is definitely impressive and certainly makes HUNTDOWN stand out in the crowd. I feel like you weirdly often hear people – including ones who ought to know better – say that “pixel art is played out” or “I’m tired of all these 8-bit games already ” [Jiggeh’s note: and by “8-bit” they basically mean anything 2D that isn’t high-resolution hand drawn art or just polygons], or some nonsense along those lines. And yes, there certainly has been a deluge of games adopting an “8-bit inspired look” to varying degrees of success, and I do think it’s entirely fair to no longer be as impressed with something like BLOODSTAINED: CURSE OF THE MOON – but to go from that and say that “pixel art” is played out, is just plain ignorant, in my book. If anything, HUNTDOWN’s look – which I would place somewhere in between THE CHAOS ENGINE and ELEVATOR ACTION RETURNS – provides a breath of fresh air from a lot of simplistic 8-bit styled games, by going for an authentic-enough mid-90’s maximalist feel. I’m definitely into it. 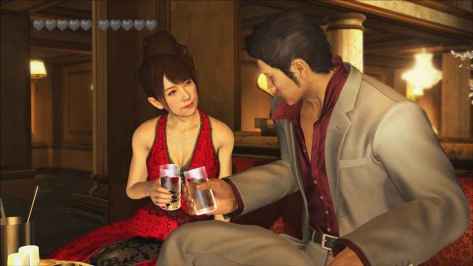 OK, so technically there’s no official word on this, but we’d better get the PS4 re-release of at least YAKUZA 3 in 2019, right? SEGA announced in the spring of 2018 that RYU GA GOTOKU 3, 4 and 5 would get re-released for PS4 throughout the fall of 2018 and spring of 2019 (part 4 being released within a few days of this writing), and the common conjecture of western fans was confirmed by Lord Nagoshi himself shortly thereafter – the impetus for these re-releases was the series’ resurgence in the west in the wake of YAKUZA ZERO, so yes, these new ports will be headed westward…. eventually. No announcements have been made since, so what’s the deal? One theory (that may just be wishful thinking) is that YAKUZA 3 is being delayed because SEGA are going back to translate and incorporate the content that was infamously missing from its original western release (hostess clubs, gambling, several side missions, etc), or maybe it’s just being re-localized to better fit in with the new localizations by the current localization team (who took over as of ZERO and have been absolutely killing it). Another, admittedly less sexy option, is that three $40 standalone releases for the three games (as is the case in Japan) would just be too hard to swallow for western consumers, so maybe the wait is simply for the developers to finish all the porting work for all three games so that the western branches of SEGA can stick them all in one $60 package? Whatever the case may be, SHIN RYU GA GOTOKU is lurking somewhere on the horizon, and I reckon SEGA will want all these Kiryu games out on the market by then… well, I do, anyway! Hopefully we’ll have some kind of word by E3 if not sooner. But whenever it happens, I’ll be more than ready to jump into YAKUZA 3.